livestreams not casting from the studio

Quick thoughts about the GRU’s Unit 29155 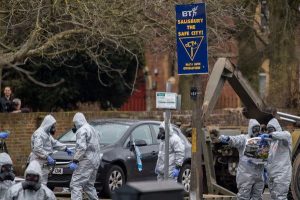 Quick thoughts about the GRU’s Unit 29155 > by Mark Galeotti > The New York Times has an interesting piece about a GRU unit known as Unit 29155, which is describes as “an elite unit inside the Russian intelligence system skilled in subversion, sabotage and assassination.” Apparently, its job is to “destabilise Europe.” > > I am perfectly prepared to believe such a unit exists, but I have to say that attempts to frame it as some kind of all-Europe, all-roles kind of force sound a little bit of a stretch. > > If this is the destabilising super-unit (and let’s set aside how far “destabilising Europe” as such really is Russia’s aim – I think it’s a bit more nuanced than that), then the implication is that it is behind everything from killings to hacks to disinformation. That means a massive and wide skill and capacity set. Apart from the fact that the GRU, perfectly sensibly, tends towards have specialist sections that do one thing well rather than jack-of-all-trades, the need to keep interacting with other units responsible for aspects of that would make keeping it “so secret, according to assessments by Western intelligence services, that the unit’s existence is most likely unknown even to other G.R.U. operatives” impossible. > The GRU tends to be quite strong in maintaining the integrity of operations within its territorial directorates, and the operations mentioned would cross the jurisdictions of the First Directorate (Europe) and the Second (Anglosphere). For specific, targeted missions such as a killing or a hack, that’s not an issue, but for quite complex and coordinated operations this gets into the unexciting but serious questions of jurisdiction and security. At the very least, keeping this a unit “so secret” is again going to be hard in such circumstances. > Was the attempted Skripal hit really about destabilising Europe? What was this “destabilization campaign in Moldova”? > The members of the unit cited and the nature of the operations to which one can plausibly link Unit 29155 look to me much more indicative of a dedicated Spetsnaz special forces unit committed to mokrie dela, ‘wet work’ assassinations and sabotage. Sometimes officers might be deployed in ones and two, as in the Skripal case, sometimes what is sometimes called a boevaya gruppa, a larger ‘combat group’ such as for Montenegro. Ultimately, though, heavies deployed as and when needed in the pursuit of wider goals and typically charged by the territorial or other directorates (which, movie-style exaggerations notwithstanding, do not all have their own supplies of hard-eyed gunmen ready to sally forth at a moment’s notice). > > This is a noteworthy story, I should stress, although others had already noted the existence of Unit 29155 before. But before Unit 29155 becomes the modern-day SMERSH, behind every real and alleged Russian covert operation, it is worth keeping it in perspective. The Russians are not unique (or “organically ruthless”) – although I wouldn’t want to draw too sharp a parallel, one could mention the Paramilitary Operations Officers within the CIA’s Special Activities Center – and the presence of such a team is an interesting insight but tells us nothing about Russian intents we didn’t already know. Moscow considers itself in a state of political war, and its various covert agencies as key operators in that conflict. However, that does not mean that they want to bring down the whole foundations of the international order, or bring anarchy to Europe… > > Mark Galeotti | October 9, 2019 at 4:03