Freiheitsfonds (hoe doen we dat in nl?) click to enlarge! 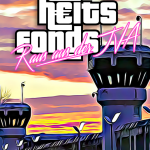 Mothers of exit (click to play) live at occii 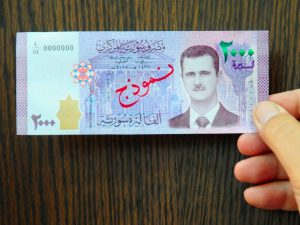 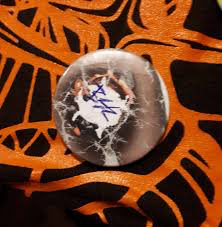 Moves to control the movement of refugees in Europe – archive, 1946

Seventy-five years ago, France and the UK were looking at ways to restrict the movement of displaced persons, notably Jews, from central Europe

From the Guardian archive – Refugees – compiled by Richard Nelsson

From our own correspondent
8 November 1946

Paris, 7 November
A Foreign Office spokesman this afternoon made some comments on the problem of Jews trying to pass through France from central Europe to Palestine.

The French government has sent a Note to the British and United States governments proposing the formation of a joint sea-power organisation to control the movement of displaced persons, notably Jews, from central Europe. The Note, which was transmitted on 31 October, follows on a French decision to send back a trainload of Jews from the American zone which arrived at the French frontier last week. None of the passengers had either visas or passports.

In French official quarters it is believed that it is largely the Jews who crossed into France clandestinely without any papers or authorisation that are likely to provide a source of illegal immigration into Palestine. These it is extremely difficult to control. The number of German prisoners escaping from France into Germany appears to be considerable, and no doubt it is equally easy to make the journey in the opposite sense. The present proposal is an attempt to satisfy the needs of the British authorities, who have recently drawn the attention of the French government to allegations that passengers to Palestine are leaving from a camp outside La Ciotat near Marseille.

Jews entering legally
The French have already established severe control of those of the Jews who enter France legally. At present they allow a maximum of 8,000 Jews in transit to reside in France, 7,000 travelling collectively and 1,000 individually. These have to prove that they can procure immigration permits into some country other than France before they are allowed to enter. The Federation of Jewish Relief Organisations is made responsible for them. They are housed either under UNRRA’s [United Nations Relief and Rehabilitation Administration] supervision or in Jewish hostels. A group of such Jews who had entered France legally were recently turned back by the French authorities when they tried to embark in a Greek ship with false Ethiopian papers. It would appear, however, that those who have entered legally are only the smaller part of the problem.

The difficulty that the French government has in formulating a long-term policy in connection with displaced persons in Germany, both Jewish and others, is an interesting proof of the difficulty in the way of putting into practice either promise of asylum contained in the preamble to the French constitution or a policy of immigration to satisfy France’s need for extra population.

France’s need of miners
Although plans are on foot to import 20,000 miners from Italy, and possibly to make some German prisoners of war desirous of prolonging their stay in France, there is no scheme for using displaced persons from Germany to increase the French population. In the case of Jews, the main difficulty Is that they do not some into the categories of labour which France mainly requires – namely, miners and farm hands. With regard to other categories of displaced persons, the difficulty is the communists’ objection to all those whose refusal to go home is in fact based on dislike or fear of the Soviet Union.

From our diplomatic correspondent
7 November 1946

No reply has yet been received from the French Foreign Office to the British suggestion that two Jewish refugee camps near Marseille should be moved father inland because there is evidence that illegal immigrants are leaving these camps for Palestine. Inmates of these camps are said to have reached the port by UNRRA lorries and then taken out to the immigrant ships. If the French government agrees the illegal immigrants may find it more difficult to embark.

Illegal immigration can obviously not be stopped by such methods alone, because the Jews are not only accustomed to overcome obstacles but many are uncompromisingly determined to reach the land of their hopes. Whether the journey to Palestine takes months or years, whether they face internment or delays, they are unlikely to stop trying to get to Palestine. After their experiences the time factor has lost its value to them.

The British government, if one can judge from recent indications, has achieved one remarkable feat which was certainly not in its election programme: it has contrived to ignore as far as possible what is happening in Palestine and to forget completely the Jews who still remain in Europe. In this ignoble course it is being followed by most of the Labour party, the House of Commons, and the country at large. Indeed, by one of those peculiar acrobatics which so infuriate foreigners, we have convinced ourselves that if there is anything wrong (which we do not for one moment admit) not only are we entirely innocent but in fact it is we, and not the Jews, who are the injured party. Any criticism of our policy in the United States is, of course, nothing but the lowest kind of politics. Any complaint from Russia is inspired by a with to embarrass us in the Middle East. If the Jews themselves revolt, that is obviously the basest ingratitude. Besides, what more do they want? Have we not promoted General Barker out of Palestine?

But this attitude will not do. It is true that British policy has been grossly misrepresented, especially in the American press. It is true that the problem of Palestine is not nearly so easy as it seems to President Truman and that the Arabs have rights which cannot be ignored. It is even true that the Jews can be very tiresome. But these things should not blind us to the complete failure of our policy in Palestine or lead us to forget the scores of thousands of Jews who are still living in camps in Germany, Austria, and Cyprus.

It should not be necessary at this stage to remind people of the basic facts. These are simple enough. An a result of Hitler’s persecution between five and six million Jews in Europe lost their lives. Of the remainder, nearly all of whom suffered personally or by the loss of their families, about 500,000 now wish to leave Europe. Many of them live in countries, like Poland, where antisemitism is still widespread and where pogroms have taken place since the liberation. Nearly 100,000 live in camps in Germany and Austria because they have no homes, no possessions, and nowhere to go. In the words of the Anglo-American report, “these men, women, and children have a moral claim on the civilised world.”

So far, however, that claim has not been met. No country has offered to find homes for more than a fraction of these people. It is true, of course, that the Jews are themselves only a part of the greater number of “displaced persons” who also most be resettled elsewhere, but it is absurd to say that they should not have priority. The Poles, Balts, and Ukrainians are, for the most part, deserving people who should be given an opportunity to live and work in peace and freedom, but they have not been persecuted for fifteen years (not to mention fifteen hundred years), and they are not the survivors of a terrible massacre. Many of them passed the war pleasantly enough behind the German lines. With the Jews it is different. If the United Nations cannot help them quickly, then indeed humanity is failing. Most of the Jews, if given a choice, would go to Palestine, which they regard as their own country and where alone they believe they could live a normal life. But if they cannot go to Palestine (and clearly they cannot all go) they must go somewhere else. Since it is the British government which is preventing them from going to Palestine, it is surely for the British Government to take a lead in finding alternative homes. 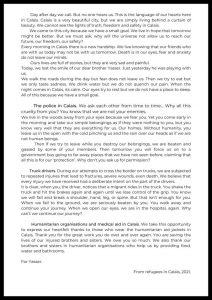