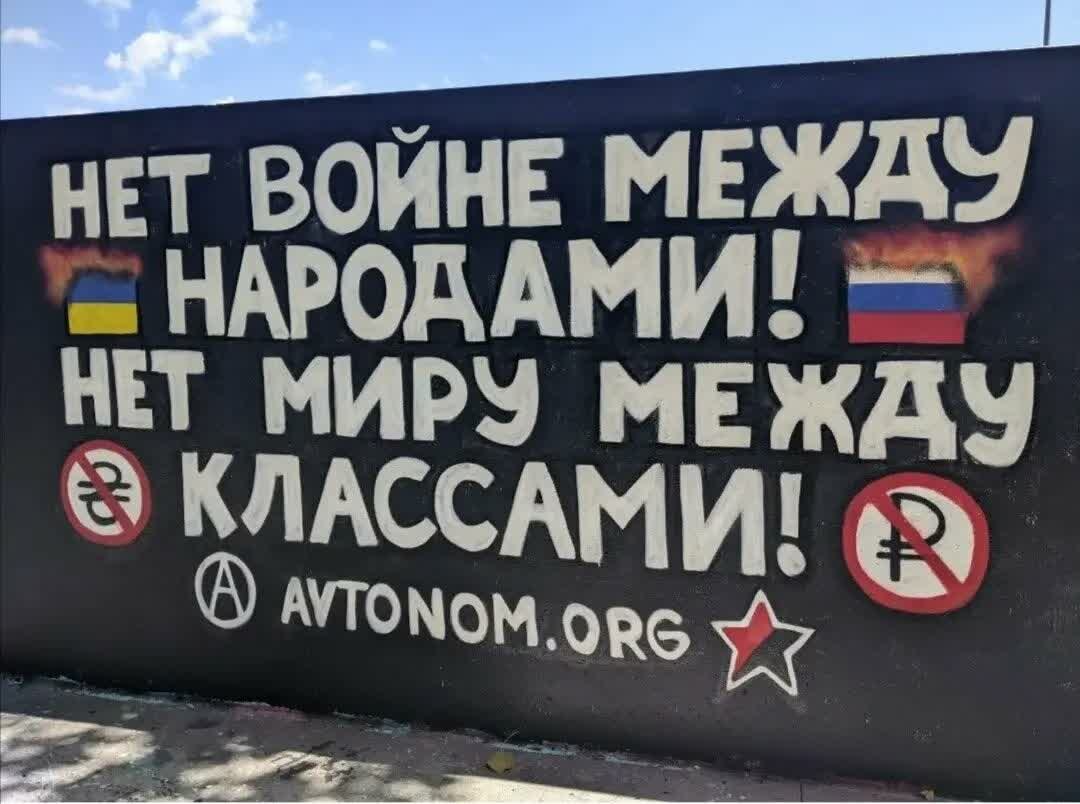 Putin is a crazy war criminal! (click to view) 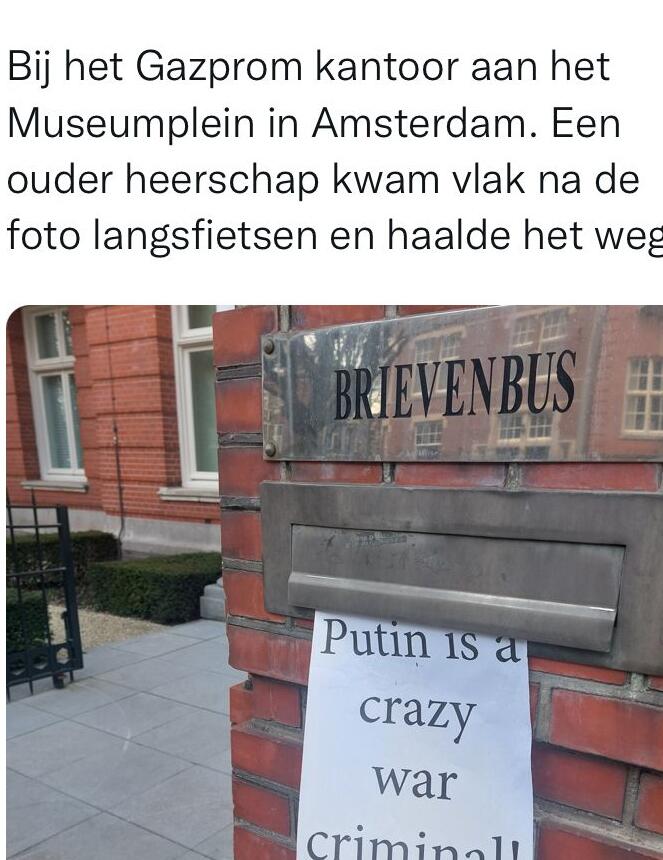 (Click to follow link). Anarchists in Ukraine have shared this tree with links for support, including how to donate to their defense work and how to keep up on their experiences or get in touch as invasion looms on the horizon:

As Brahma Chellaney keeps saying, Western Europeans and Americans are fighting the wrong enemy. This creeping NATO-isation is a distraction when they should be worrying about China A woman wears Ukrainian national colours at a demonstration along the street near the Russian embassy to protest against the escalation of the tension between Russia and Ukraine in Berlin, Germany. AP

The ongoing shadow-boxing between US President Joe Biden and Russian President Vladimir Putin over Ukraine has captured a lot of media attention. I was going to say “world attention”, but not really. It is a European problem, and those in the Indo-Pacific really don’t care much about it. Old-guard Atlanticists are bellyaching as though it were the end of the world, but it isn’t. And that is the first thing to note: Euro-centrism has had its day, and Europe matters less every day.

All of the dramatis personae have not-so-hidden agendas that they bring to the party. In the end, as far as the impartial observer is concerned, this is not likely to lead to World War III despite all the blood-curdling rhetoric; the problem for disinterested parties is that oil prices are zooming in anticipation of war, or biting sanctions. Oil at $100 is good for Putin, and probably for Biden’s shale warriors, but developing nations will be hurt.

Said developing countries are uninterested in the finer points of European nationalism, and would prefer that everybody make nice and go home. They really would prefer no war. This European hissy-fit is not their problem.

There is a Malayalam proverb that goes: “Whether the thorn lands on the leaf, or the leaf lands on the thorn, it is the leaf that is hurt”. That is the exact situation developing countries, already devastated by the Covid pandemic, face. They don’t really care about the wounded pride of Putin or Biden or whoever, but would rather oil prices were back in the $50-$60 range, so they don’t face another extortionate transfer of wealth.

Of course the sentiments of Ukrainians have to be considered. My first exposure to this was in the late 1970s when I was a graduate student in computer science, and my study group partner was a Ukrainian-American. I casually referred to her as Russian, because at that time the Soviet Union was still going strong, and Ukraine was a part of it. She flared up, and gave me an earful about how Ukrainians were not Russians, but oppressed by Russians.

Clearly, there is a lot of bad blood between the old subjects of the Soviet Empire and the colonial masters, the Russians. In fact Indians can quite relate to this, because our colonial masters, the British, were absolute monsters, too. So yes, I am sympathetic to the struggles of Ukrainians to assert their cultural and territorial independence.

But then, I am sympathetic to the Chagos Islanders, who were evicted by the colonial Brits, so that America’s Diego Garcia naval base could be built. Courts have ruled that the islands belong to Mauritius, not Britain, but none of those bleating about Ukraine’s ‘territorial integrity’ seem to be in a hurry to eject Brits from the Chagos islands. Ah, so that’s different.

Obviously morality is not the issue here. I was listening to a talk by John Mearsheimer, a respected geo-strategist, and he said candidly that the problem was the fault of the Americans. Just as much as the Monroe Doctrine creates a sphere of influence for the US in its backyard, it is only reasonable that in the post-Soviet era, the succeeding power Russia would like to maintain a sphere of influence in its backyard.

At least, they would not want NATO to nibble at their periphery and expand itself, thus causing the Russians to feel vulnerable militarily. But the Democratic party appears to be chock-full of Atlanticists – possibly because their leaders are mostly from their East Coast, including Biden — and apparently they and the US Deep State are fighting the Cold War all over again. This is ridiculous because (checks notes) they won that war. But then generals are always fighting the last war again, because, well, that’s what generals do.

This is also counter-productive because they are simply driving the Russians into the dhritarashtra alinganam of the Chinese. A Eurasian heartland that is controlled by a Sino-Russian alliance is not in the interests of the Americans or their allies in Europe. In fact, a Huntingtonian view would suggest that Western Europeans and Americans should ally themselves with the Russians to form a united white Christian alliance against the Chinese.

As Brahma Chellaney keeps saying, Western Europeans and Americans are fighting the wrong enemy. This creeping NATO-isation is a distraction when they should be worrying about China.

For some reason this does not seem to occur to them, and there are many possible reasons: Democrats are still fighting Donald Trump, and they think the Russiagate angle is a winning tactic against the resurgent Republicans; there was a lot hanky-panky done in Ukraine by Hunter Biden, Joe Biden’s son (you might remember his laptop, whose motley contents were a story buried by the complicit media); and there are untouchable US assets and interests in China (especially those of Wall Street), so China can do no wrong.

Russia-Ukraine crisis: Here’s what will get more expensive in India if two countries go to war

Why does Russia want Ukraine so badly? Here’s what a geography book tells us

And that brings me to the distinctly intriguing reactions of certain strategic analysts with a certain degree of exposure to India: Bruno Macaes, Derek Grossman, Jeff Smith and the folks over at Foreign Affairs. All of them, it appears, were distressed and/or surprised that India did not throw in its lot with the anti-Russia diplomatic initiative because, well, the US is an important ally to India, see Quad.

That, in fact, is the interesting meta-narrative. Nelson Mandela once told a hectoring American journalist, who was chiding him for meeting with Colonel Gaddafi and Saddam Hussain, by pointing out that “you’d like us to pretend that your enemies are our enemies”. Precisely. You have a beef with Russia, fine, but that doesn’t mean India must, too.

India’s and the US’ interests coincide on many things, but not on pissing off Russia, which, among other things, is supplying India with S-400 anti-missile systems, for which Americans have been threatening to impose CAATSA sanctions against India; but these are important deterrents to possible Chinese and Pakistani aggression. Interestingly, India just put on hold an order for 30 US Predator drones. The timing is, well, suggestive.

I had email discussions with Macaes some time ago, when he reached out to me, and there were three points where I disagreed with him, although his biases were understandable because he was a Portuguese Foreign Minister, his wife is a Turk, and he and his daughter were living in China for a while. In my opinion, he:

I am pretty sure the other analysts suffer from versions of these flaws, although I only know them by what they say on Twitter. Here’s Foreign Affairs’ take:

But did you, Foreign Affairs, consider whether India has skin in this game, whether any of its national interests are at stake? You assume India wants to put pressure on Moscow. Not really. I am reminded of a VP at a company I worked at in Boston, who told a whining operations manager: “But Dave, you must be confusing me with someone who gives a damn (about your problems)”. What if India doesn’t give a damn?

Derek Grossman is a generally sympathetic analyst, but he cannot hide his disappointment with India in the current context. But Derek, the ‘bad look’ was the deafening silence from the West when Chinese killed unarmed Indian soldiers in the Galwan Valley.

Jeff Smith is another analyst who seems to have grasped the Indian reaction better than others:

Yes, Jeff. India ain’t got no dog in this fight. India doesn’t see any value in tying itself to either the US or Russia, because it’s perfectly clear that India will be on its own. India is painfully aware that no white guy is going to die in the Himalayas fighting China for India’s benefit. So make India an offer it can’t refuse, like sanctioning China on India’s behalf.

This, I am told, is realpolitik. India intends to stick to its interests. No, it’s not that fraud called non-alignment. This is multi-alignment, and India will seek Chanakya’s wise counsel.

What is admirable, though, is the consistency with which these strategic analysts approach the problem, which boils down to a few simple axioms:

1. India is part of the Quad, therefore it is a US ally ‘by other means’2. Therefore India has no agency and has to toe the US and EU line on all matters3. But the US and the EU are under no obligation to worry about India’s own interests, even when 200,000 Chinese troops are massed on the Indo-Tibet border.

There are a few flaws here. First, the Quad is an Indo-Pacific security agreement, not a marriage. Second, I’ve been dying to use the ‘woke’ term ‘agency’, and yes, they view India as a vassal state that has to go by US/EU agendas: some kind of patsy, the Kissingerian view of India. That was true of Nehruvian India, but this is a New India. As they said in the memorable US car ad, “This isn’t your father’s Oldsmobile”. Deal with it. Cope.

And third, Indians are asking the US and EU that famous American question: “So what have you done for us lately?” Not much, actually. Then they should expect the same in return.

Day of unity in Ukraine bonus movie: Winter on fire (click for details) 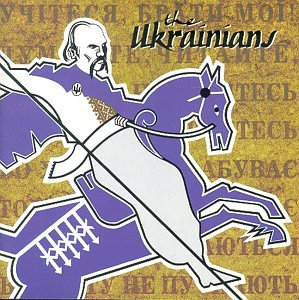 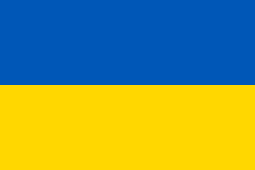 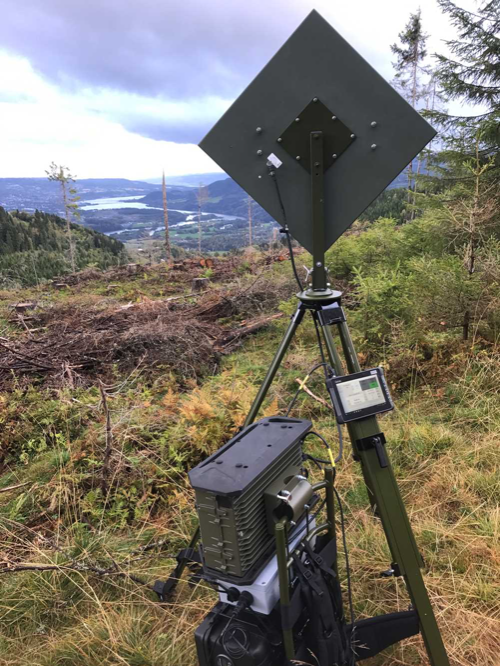 The Afternoon in Ruins event this coming Friday, 11th February has been canceled as I tested positive for Covid. Fortunately I don’t have any serious symptoms. Mediamatic will reschedule the event and announce the new time and date soon!

Patched together, Tumulus Hut II sits low on the ground: a readymade 21st century ruin equal parts romantic hermitage and abandoned squat. It is offered as a proposition taken out of time: both as a reminder of a shabbier, messier old Amsterdam, and as a pointer towards a possible alternative post-growth future.  The Tumulus ruin is an unguarded border checkpoint sited in the no man’s land between development and entropy, renewal, and decay where the visitor is invited to step back for a moment and reflect on how she got here and where to go to next?

Tumulus is an enclosed garden installation that functions as a natural ruin, compost heap, soil sculpture, seedbed, earthwork, dyeing source, and dunghill. A bio-based celebration of seasonality, weed power and the magic of fermentation. Over the course of several seasons, Since june 2019, artist Ruchama Noorda transforms the installation into a living sculpture and green performance site. See all cycli here.

At 17:30 there will also be an artist talk with Ruchama Noorda and Arne Hendriks about ruins and decay. They will discuss their projects that are build-to-collapse and transform into ever-changing cycli. How can we integrate decay as part of an artwork? And how to collaborate better with materials of unstable and unpredictable nature? Free entrance. More information here

Live From The Field 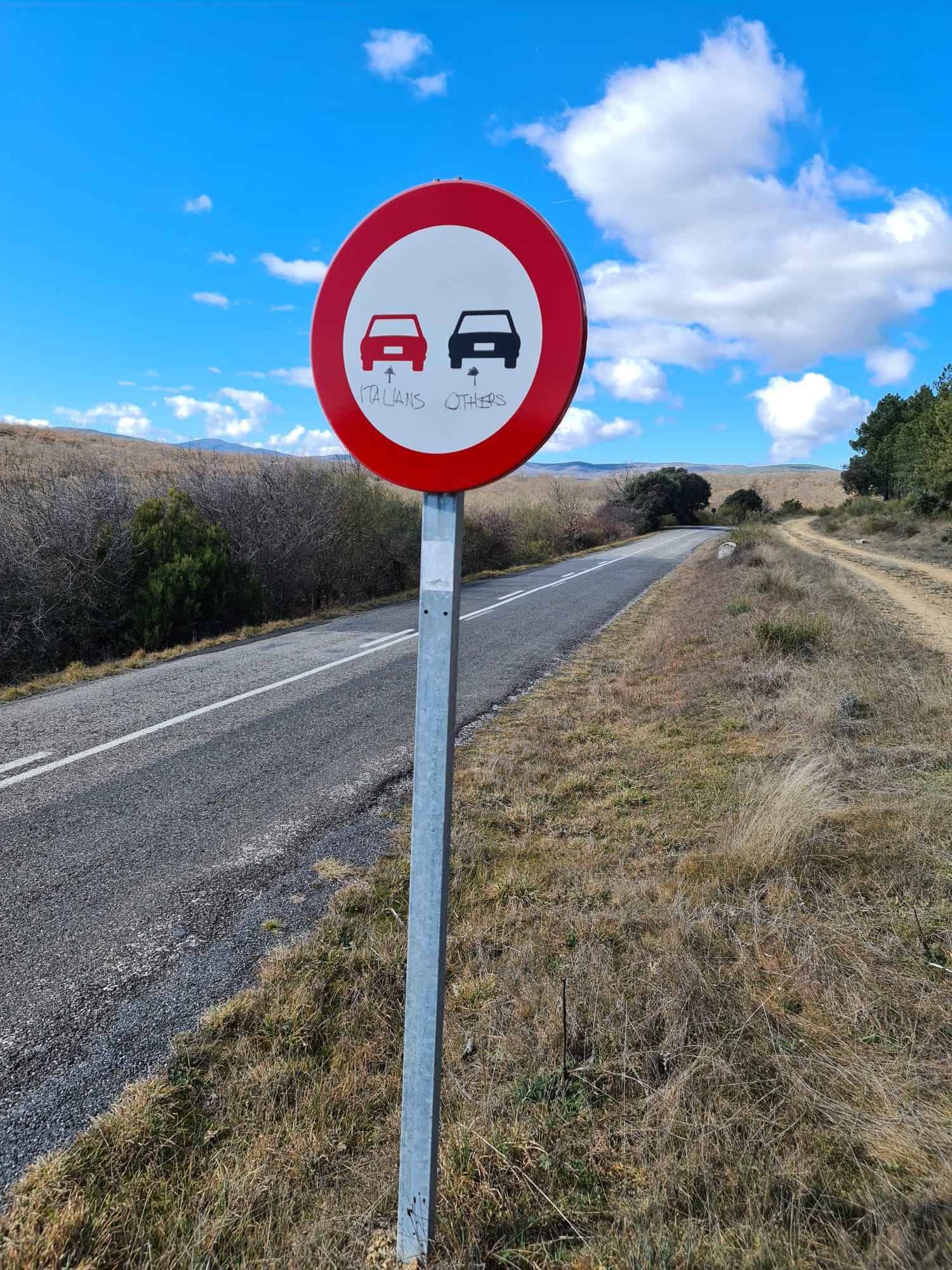 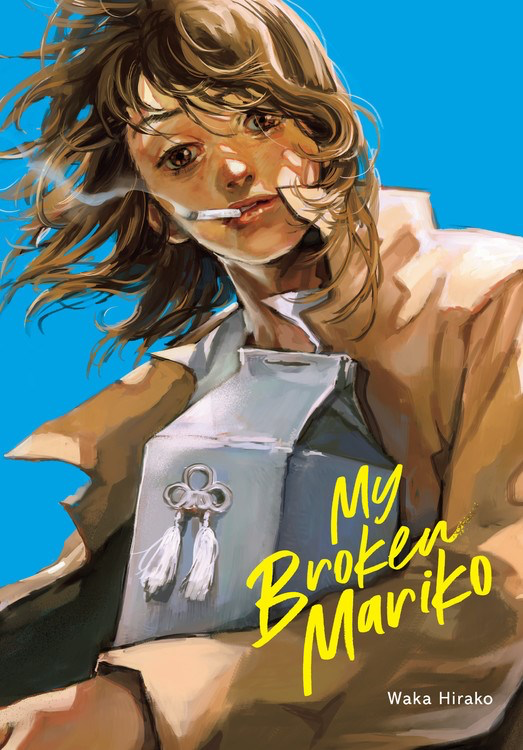